GlobalSTL is drawing the attention of emerging global technology startups on the hunt for large-scale paying customers.

For Washington University’s Philip Payne, creating and evaluating health care datasets for vital breakthroughs in medicine is neither easy, nor time efficient.

Doctors and researchers often wait months, weeks or even years to compile non-identifiable patient data that can be used for studies. Payne, the director of the university’s Institute for Informatics, coveted a better solution.

All it took was a 15-minute chat with MDClone, an Israeli-based tech company that specializes in creating synthetic, patient-protected data in minutes and hours, rather than months and years.

In January 2018, less than six months after that initial meeting, Wash U became MDClone’s first U.S. customer, taking the company’s technology to St. Louis before it appeared anywhere else in the U.S., according to Payne.

“I learned that MDClone was looking at bringing their technology to a number of health care systems in Boston,” said Payne, who is also a professor of computer science, engineering and medicine. “I didn’t want them to be the first and I made sure we were the first in line.”

Wash U’s connection to MDClone wasn’t serendipitous. It was one of several examples of how an unusual economic development strategy launched five years ago by GlobalSTL, an initiative of bioscience industry booster BioSTL, is driving foreign investment into the region.

Instead of attracting companies with tax breaks or other incentives, GlobalSTL is using St. Louis’ economic strengths — its lower costs and powerful health care, ag tech, finance and cybersecurity industries — as bait. By leveraging the region’s collective buying power, it’s drawing the attention of emerging global technology startups on the hunt for large-scale paying customers.

What the strategy lacks in the promise of immediate high-volume job growth and capital investment, it makes up for in enabling St. Louis’ health care, bioscience and academic giants access to cutting edge technology before anybody else. And if the strategy’s long-game plays out as BioSTL President and CEO Donn Rubin hopes, the jobs and capital aren’t far behind.

So far, the numbers bear that out. Since 2014, GlobalSTL has helped global companies reach $31 million in deals with local counterparts. That’s led to $76 million in local investments such as payroll and R&D costs, and 219 new jobs, according to GlobalSTL data.

“To help our medical school leapfrog its competition — that’s a pretty big win for St. Louis,” Rubin said. “We want (these global companies) to put their base here and build their North American business here and we’re working on that.” 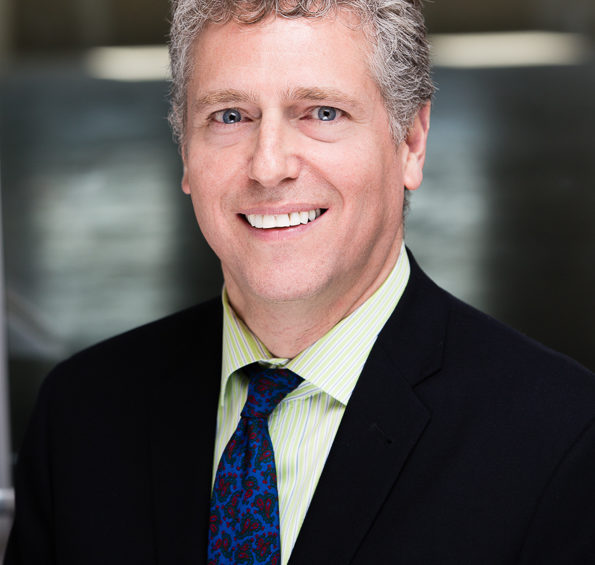 Not building from ‘scratch’

BioSTL is a local nonprofit focused on advancing the region’s bioscience community. Through its investment arm, called BioGenerator, BioSTL started to realize something over the years: Startups were moving to St. Louis because of the region’s strengths, whether it was research facilities, low operating costs or the fast-growing innovation scene.

As companies relocated to St. Louis, they urged BioSTL to launch an effort to “tell the St. Louis story” in hopes of attracting even more startups. But BioGenerator is in the business of helping build companies from scratch, Rubin said, providing resources and capital to startups that carry lots of risk, including possible failure. An economic development strategy focused on early-stage companies didn’t seem prudent.

“We wanted to focus on more mature companies, thinking that’s where we have a case to make,” Rubin said. “It’s not likely we’re going to go to Silicon Valley and get those companies to move here. We’re leapfrogging the coast and going beyond that by making a case for those companies (in areas) where we really have strengths in St. Louis.”

While St. Louis doesn’t have the coasts’ capital, BioSTL realized it could pitch St. Louis’ other assets — namely, the companies already here — while addressing something it lacks.

“We think for a city to be successful in the 21st century, it’s got to be built on a foundation of innovation and global connectedness. We were building the innovation piece and we were missing the global angle in St. Louis,” said Vijay Chauhan, GlobalSTL lead at BioSTL. “As big and as impressive as our big corporations are, we are quite U.S.-centric, if not Midwest-centric. We’ve got to make our corporations globally oriented and that’s what we’re trying to do here.”

In St. Louis, large health care companies such as Ascension, Express Scripts and Centene Corp. have massive buying power for innovation, but the challenge is finding the innovation worthy of investment.

GlobalSTL, in this case, is acting as a deal conduit, finding and facilitating meetings with established companies around the world and the St. Louis-area’s major players in health care.

Chauhan said the world doesn’t know about the region’s health care potential because no one in the area likes to brag about it.

“If you look at the health care organizations that are here in St. Louis and look at the revenues that flow through them, they represent more purchasing power than what you’ll find in Boston, Cleveland or Philadelphia,” Chauhan said. “Most people in St. Louis don’t know that and we certainly don’t act like this.” 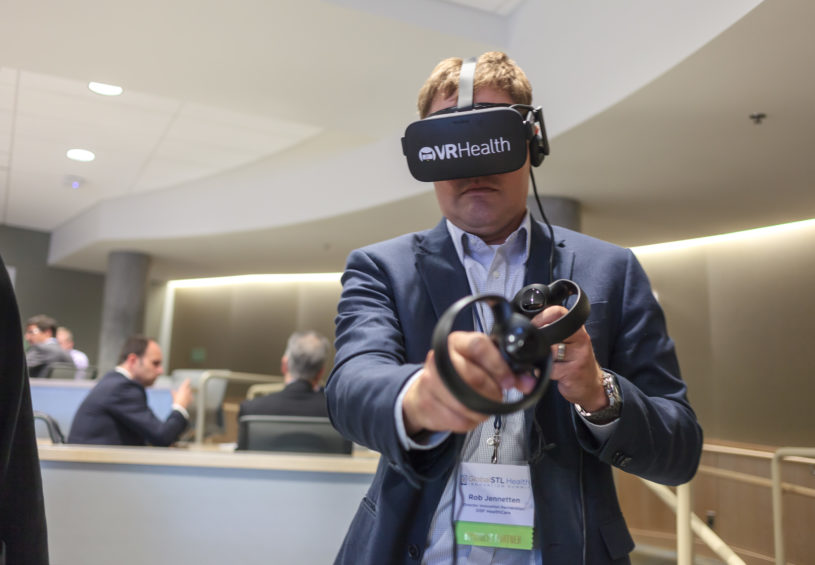 Rather than scouring the globe all at once in search of opportunities, GlobalSTL narrowed its focus to one country when it launched in 2014: Israel.

Known as a global hotbed for venture capital and entrepreneurship — a 2009 book dubbed it “Start-up Nation” — Israel was viewed as strong match to St. Louis, with a bevy of startups in the fields of plant science, ag tech and health care.

After its first visit to Israel, BioSTL hired a representative there. To date, 10 of 17 companies recruited to do business in St. Louis have been from Israel. About a year after launching, GlobalSTL expanded into Ireland and has since spread to other nations.

The results are evident.

The Israel-based company already has a U.S. headquarters in Massachusetts. But David Yavin, North American president of Medial EarlySign, said they’ve had enough meetings with other local health care companies that it may justify them adding a St. Louis location.

“We’re considering it. We almost might have to,” Yavin said. “If we find more St. Louis health care systems that are open to adopting our innovative technology, which looks like additional ones are, it will almost necessitate having some local presence. We’re flying our people here a lot.”

GlobalSTL also facilitated talks between the St. Louis VA and VRHealth, another Israeli company that is developing virtual reality therapies for veterans with spinal cord injuries. The talks are still ongoing between the two organizations, but Amanda Purnell, the St. Louis VA’s Innovation Specialist, said a future partnership looks promising.

VRHealth has a program that uses virtual reality goggles to provide real-time feedback of movement within the head, Purnell said. “The technology allows us to tailor and track skill development over time in terms of physical therapy,” she said. “Our spinal cord injury units are really excited about moving forward and testing it.”

So far GlobalSTL has had the most success in the health care sector, though organizers have plans to expand its focus. The group has notched some wins in other tech categories, including in 2017 when Israeli “internet of things” startup Atomation opened its North American headquarters in St. Louis. 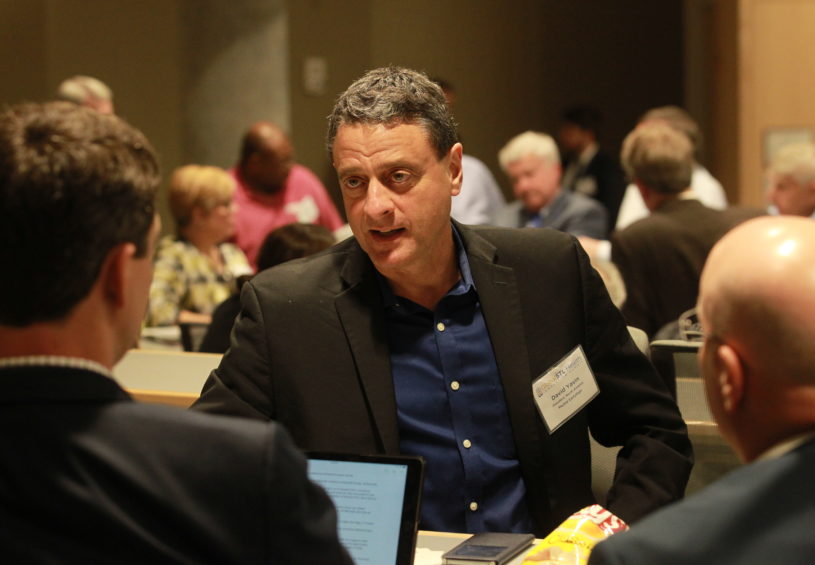 To gain a reputation as an American launch point for international companies, there’s still a lot of work to be done.

The organization would love to have representatives in Europe and Asia, but that’s a cost it can’t afford, Rubin said. So for now, it will continue to rely on networking, word-of-mouth and happenstance, like last month when Rubin attended the Road to GES Heartland entrepreneurship summit in Overland Park, Kansas, and was approached by someone with ties to ministers of agriculture from 14 Latin American countries.

“A lot of the times consulates, mainly out of Chicago, have engaged us, which happened with the Netherlands. Sometimes it’s the foreign governments represented in the United States,” Rubin said. “In other places like Singapore and India, we just went on an airplane and set up a lot of meetings through the networks we had.”

The idea is to spread the word about opportunities in St. Louis to the point where doing so is no longer needed.

San Francisco, New York City and Boston are big enough to draw the attention of foreign companies without the need for a go-between like BioSTL, Rubin said. Once St. Louis reaches that point, that’s when BioSTL and its initiatives can hang up the gloves.

“That’s the goal of BioSTL – not to be needed anymore,” he said. “(In other cities) BioGenerator isn’t needed because there’s serial entrepreneurs walking the halls of the universities throwing money at deals. That doesn’t happen here, which is why we’re needed to fill that gap and create that market.”

According to the BioSTL, the idea is to make St. Louis “go-to” country, rather than “fly-over” country by ensuring the area has the innovation the world craves. 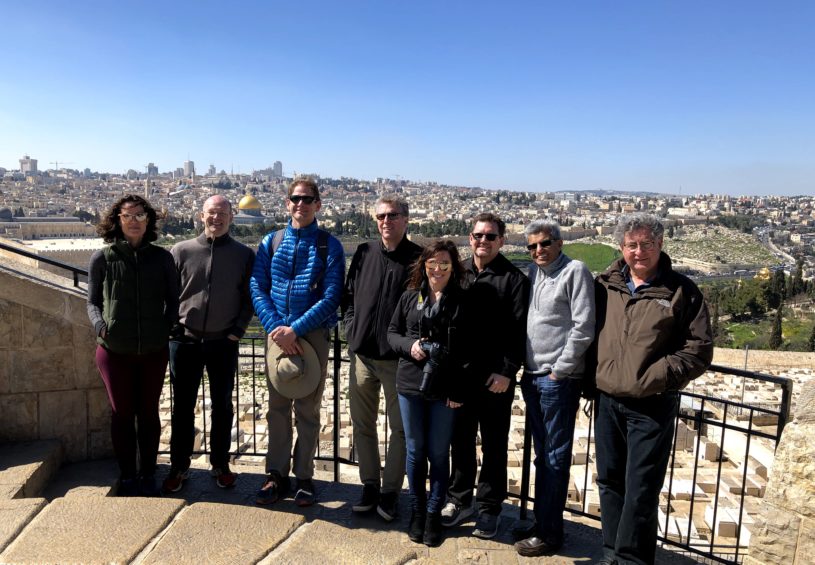 A critical way GlobalSTL opens the door for St. Louis health care organizations to tap into innovation is through their annual Health Innovation Summit. As a curator, GlobalSTL talks with the region’s health care leaders and connects them with international companies that could fill in the gap with transformative technology.

After they screen each international company, they invite them to the summit held at Washington University, where they’ll have the opportunity to meet with the St. Louis companies and see if there’s a fit. During its second year in 2018, GlobalSTL went through 600 applications from international companies, of which only 14 were invited.

“If we can do that then these companies are playing offense in their markets and businesses,” Chauhan said. “We give them the opportunity to meet with international companies that creates a tight, existential relationship between the two. We call this finding the best, to meet with the best.”

Susanne Evens is the founder of AAA Translation a company located in St. Louis dedicated … 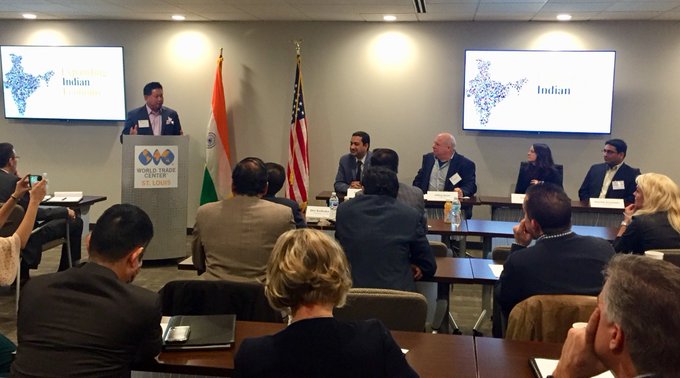 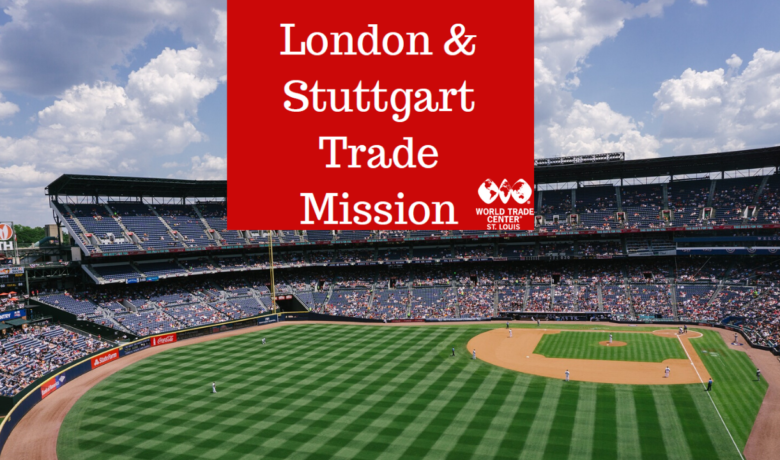 Ag Coast of America Segment Featured On The Pulse of St. Louis