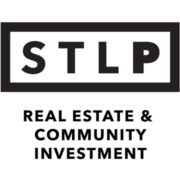 Reinvesting in the Community

The St. Louis Economic Development Partnership and St. Louis County Port Authority began planting economic seeds shortly after the Mississippi River flood of 1993 with the development of the Lemay Comprehensive Plan and creation of a small business incubator.

Because of years of severe contamination, the former National Lead site gained new life as the location of Pinnacle’s gaming and entertainment facility. When St. Louis County negotiated the deal, a benefit was included for Lemay. As a result of this agreement, Pinnacle completed extensive environmental remediation, built an arterial roadway within the area and contributed $5.1 million toward a community center.

Due to the ability to use the rental payments, the St. Louis County Port Authority was able to establish the Community Reinvestment Fund to endow community development projects that create new jobs and redevelopment opportunities. For this reason, the fund allocates through a grant process, implementation of Lemay’s comprehensive plan and St. Louis County’s Comprehensive Economic Development Strategy (CEDS).