The foreign direct investment staff of the World Trade Center St. Louis had a busy April and March promoting St. Louis’ agtech strengths and 39 North.  An Australia agtech delegation and a German food processing group each spent a day in St. Louis seeking opportunities for collaboration and partnership.

In March, 12 Australian agtech companies visited Bayer Crop Science, the Danforth Plant Science Center, the Helix Center, and the Missouri Botanical Garden.  Bayer Crop Science and the Danforth Plant Science Center presented on the research happening at their facilities as well as offered tours.  The Helix Center organized a panel with several St. Louis agtech experts who explained how St. Louis startups, agtech companies, and civic groups work together to better each other and the St. Louis community.  The panel’s moderator, Janet Wilding, expertly guided the discussion ensuring the Australian delegation’s questions were all answered.  Later in the evening, the World Trade Center St. Louis staff brought the Australians to the Missouri Botanical Garden to hear about its efforts in conservation.  Dr. Peter Wyse Jackson, the garden’s President, spoke to the group about the garden’s history in St. Louis and conservation efforts around the world.

In April, five guests from the German American Chamber of Commerce of the Midwest visited 39 North and toured the Danforth Center and KWS’ North American headquarters.  The visit to KWS was of particular interest to the Germans as KWS, the fourth-largest seed company in the world, is a German company.  KWS senior staff explained the company found St. Louis appealing due to our community spirit, agtech competent workforce and the world-class research facilities available at the Bio-Research & Development Growth Park (BRDG Park).  Later in the day, the Germans toured Cortex and had a roundtable discussion with representatives from the Missouri Department of Agriculture and Bayer Crop Science.  Their day ended with a reception at Lewis Rice that included many members of the St. Louis German American community, and then a quick stop at the Arch for pictures. 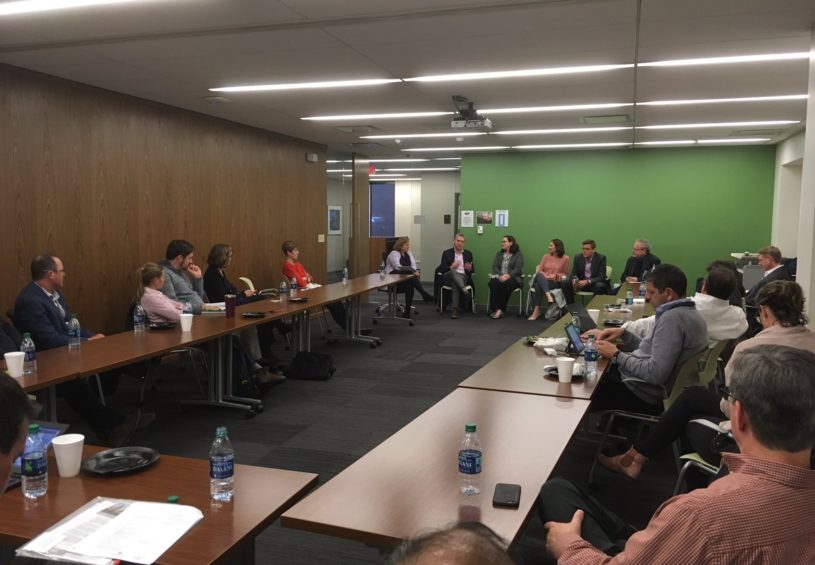