ST. LOUIS — After a pause due to the COVID-19 pandemic, leaders of the St. Louis-Nanjing Sister Cities Committee from St. Louis and Nanjing and representatives from the St. Lo 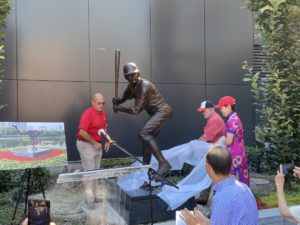 uis Cardinals and the St. Louis mayor’s office gathered at Busch Stadium to unveil a bronze statue of a Nanjing batter symbolically awaiting a pitch from a companion statue of Adam Wainwright that was installed in Nanjing in 2019. The seven-foot tall bronze statues are the work of St. Louis sculptor Harry Weber.

The unveiling took place Aug. 13, 2022 at Together Credit Union Plaza in Ballpark Village at Busch Stadium (adjacent to Maryville University Hall of Fame Walk). It commemorates 43 years of friendship between St. Louis and Nanjing, the first Sino-American Sister City relationship. 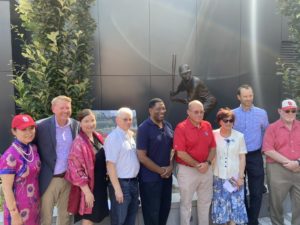 “We’re thrilled to be able to host the Chinese representatives of the St. Louis-Nanjing Sister Cities Committee in person and to complete the second part of this two-piece installation,” Mayor Jones said. “We’re proud of this sister city relationship that began in 1979 and are committed to caring for, nurturing and growing this relationship. Just as generations of Nanjing families pass along their rich cultural traditions, generations of St. Louis families share their love for Cardinals baseball,” Mayor Jones continued. “Between this gift and the baseball statue unveiled in China in 2019, we are building a bridge to our Sister City Nanjing as a continued commitment to our decades-long friendship and partnership.”

Representatives of the Sister Cities Committee and former St. Louis mayor Lyda Krewson, along with representatives from Washington University School of Medicine, traveled to Nanjing in 2019 for the unveiling of the Adam Wainwright statue.

“Our relationship with China is important to the St. Louis region and it was great for our delegation to travel to Nanjing in 2019 to further strengthen our relationship,” said Nowak. “Although the unveiling of the companion piece was delayed by the pandemic, we’re committed to all the positive results that have been achieved by this long-standing partnership.”

The statues were completed with the generous support of St. Louis-based Collins and Hermann, Inc., and its retired CEO Tim Hermann, as well as Emerson Electric, and many others.

About the St. Louis Nanjing Partnership: In 1979, St. Louis was linked with the city of Nanjing (formally Nanking) and became the first U.S. municipality to have a sister city in the People’s Republic of China. Inspired by President Dwight Eisenhower, Sister Cities International pairs communities throughout the world. Sister cities conduct educational, cultural, municipal and economic exchanges that promote mutual understanding. The St. Louis – Nanjing Sister City Committee has sponsored many exchanges that have touched thousands of people in our two communities from school children to corporate leaders. Mayors of both cities have led official trade delegations and given enthusiastic support to our sister city
activities. 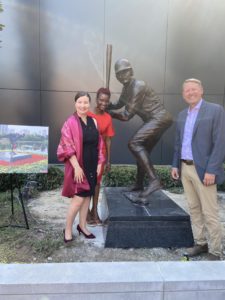 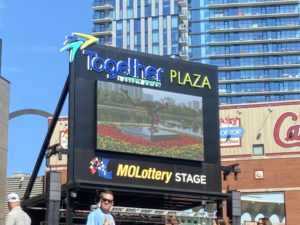 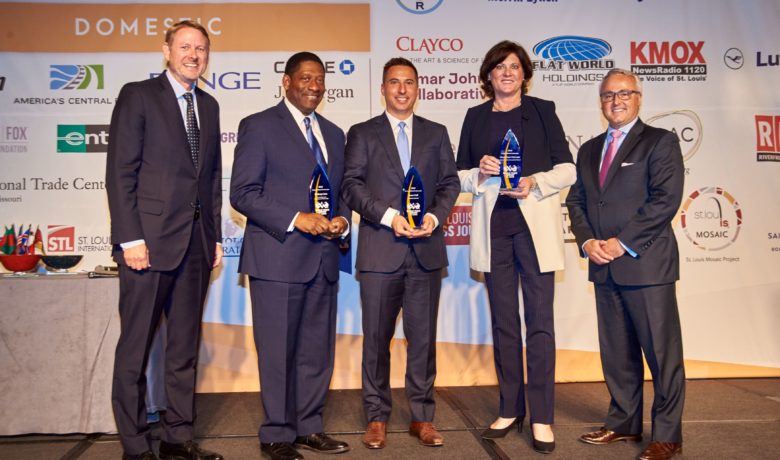 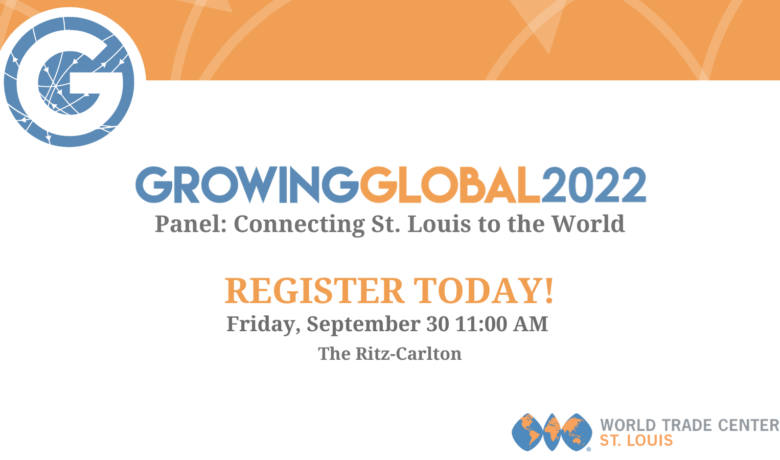