Betsy Cohen, Executive Director of the St. Louis Mosaic Project, spoke on a panel at the St. Louis Business Journal’s 16th Annual Women’s Conference. The topic was on helping women professionals on what their “Next Act”, or the next phase of their professional careers, could be and the impact it can have personally and professionally.

What’s the “force” you bring to your work in growing the St. Louis region?

“I would say I empower other people to bring their best to the region. I’m big on making connections between people I have known from my corporate career at Nestle Purina to the smallest new business that’s starting with one of our international foreign-born entrepreneurs here – so it’s about the connections that I can make for others that make a big difference. That’s my force.”

What is your advice to women who re-enter the workforce?

“We are all about reinvention – that is what the times require of us, that we keep reinventing ourselves as the times change around us.”

When do you now it’s time to move on to your “Next Act”?

How important is having a “pack” of people who support you?

“The ‘pack’ of women I know in St. Louis were instrumental in my moving into this ‘Next Act’. In my corporate career at Nestle Purina, I had run many large brands, launched new businesses, and had travelled and used my skills internationally because I had been an international student and spoke French. So, I had used many of my international interests in my corporate career. I also, in my corporate career, led what was called the St. Louis Pet Lover Coalition which was combining all the pet welfare community of St. Louis and I had a steering committee – on that committee were several women from St. Louis who I knew very well and they knew me and my corporate career. After I left Nestle Purina and was talking to people about civic leadership opportunities, women came to me and said they were part of a group in St. Louis that had just been involved in working with the World Trade Center St. Louis and the William T. Kemper Foundation and there had been an opportunity created that focused on attracting international people to St. Louis. My marketing skills and my international skills were going to be very appropriate (for this role). So, it was those women who brought this to my attention and because of them I interviewed (for that role) and got a full-time position where I lead the St. Louis Mosaic Project to attract international people to come and be part of our St. Louis community.” 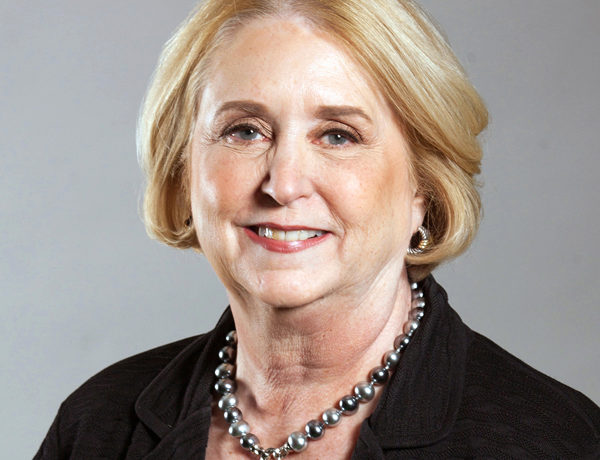