Anna Crosslin reflects on her journey and becoming one of the most prominent leaders in the STL immigrant community. 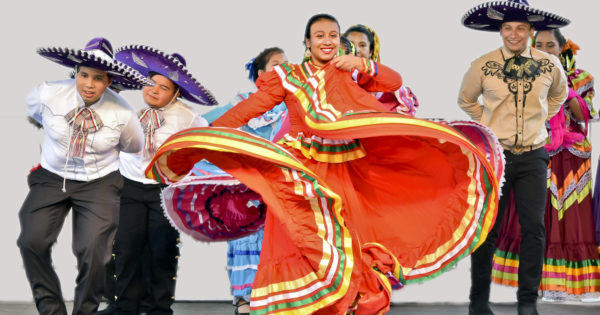 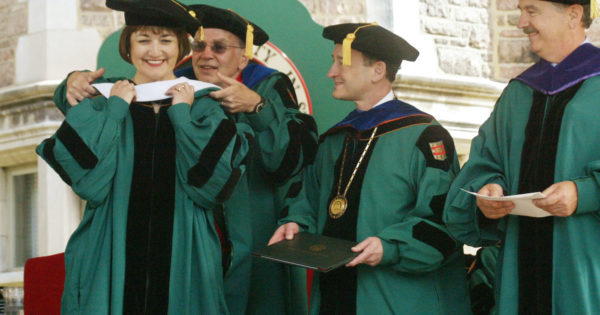 Crosslin joined IISTL in September 1978 after having worked for the Office of International Studies (OIS) at Washington University for five years under the tutelage of Professor Stanley Spector, a noted China scholar. “While working at OIS, I closely collaborated with the Japanese American and Japanese communities on a variety of events,” said Anna. “George Sakaguchi, a member of the Japanese American Citizens League, happened to join the Board of the International Institute. When a vacancy in the CEO position occurred, he encouraged me to apply.”

The Beginning of Anna’s Journey

Anna Crosslin’s journey began in Japan where she was born. “My mom is a Japanese immigrant and my dad’s family can trace their roots back to the founding families of America,” said Crosslin. “He served as a language specialist in the U.S. Air Force during the Korean War.”

Anna moved to the United States when she was two and a half years old. “While I was born a US citizen, I spoke no English at first,” said Anna. “However, adjustment was much harder for my mom, who had to learn English as an adult.”

“When I was seven, my dad’s plane was lost at sea and my American-born paternal grandmother was our life boat, grieving yet helping us at the same time,” said Crosslin. “I don’t know how we would have survived without her and remain grateful for her open arms and life-long support.”

“I have spent my career doing what I do to honor my grandmother and those open arms,” said Anna. “I have made it my life’s work to help as many immigrant newcomers as possible to have the support they need to achieve their dreams like my family has.”

In addition to her work with the IISTL, Crosslin also helped co-found the St. Louis Mosaic Project. “In 2011, I had a conversation with Tim Nowak, Executive Director for the World Trade Center- St. Louis about attracting more refugees and immigrants to St. Louis,” said Anna. “We soon joined with Bob Fox, local philanthropist. Bob was spearheading an effort to re-establish Casa de Salud, a much-needed health navigation center for the under served foreign-born population.” 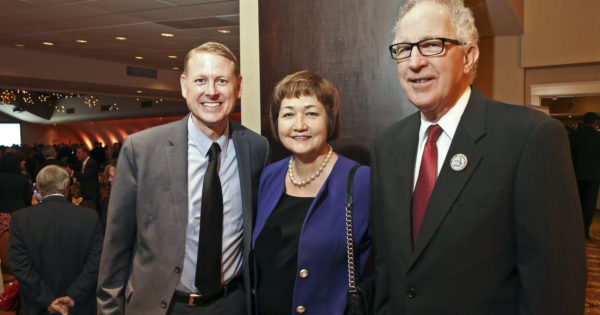 The three of them engaged local government, business and foundation leaders to establish the Immigration and Innovation Project in 2012. The project was renamed the St. Louis Mosaic Project soon after Betsy Cohen was hired as its Executive Director in 2013, and continues to serve as a city-county, public-private attraction mechanism to draw more immigrants to our region.

“Currently, Betsy and I regularly collaborate on local and national initiatives aimed at achieving both our missions,” said Anna. “The St. Louis Mosaic Project is about attracting more immigrants to St. Louis and IISTL is about retaining them and we have enjoyed working together to achieve these goals.”

Anna Crosslin’s Legacy and Hopes for Immigration in St. Louis 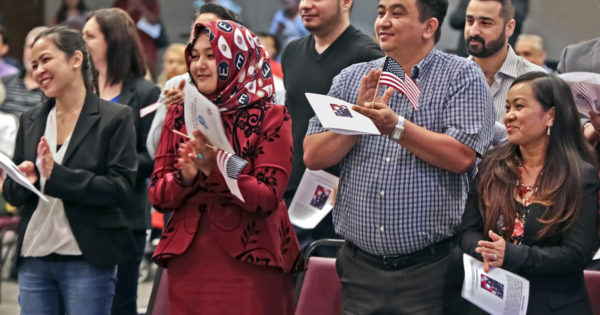 Anna hopes that after she retires next year, her legacy will be positive and never forgotten. “In a nutshell I want St. Louisans to stop asking the question, “Where did you go to high school?,” said Crosslin.” The question can still be asked, because so many St. Louis residents have always lived here, but hopefully it will fall out of favor as more transplants come to our region from around the U.S. and the world.”

“Although I consider my efforts to have been a success in helping attract and retain more immigrants to our region, the work must still go on after me,” said Anna. “We all need to better understand that foreign-born growth is an important part of the solutions to our community’s economic and social challenges in our region and work together to achieve IISTL’s vision of a diverse, inclusive and thriving community.” 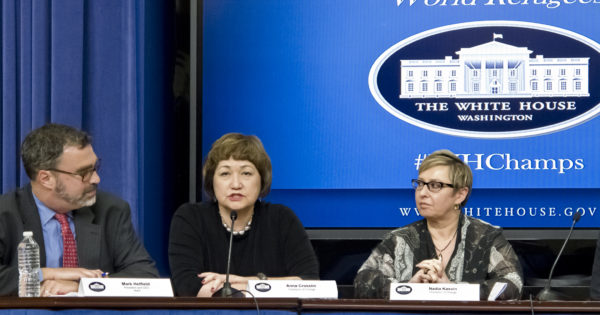 Crosslin is also a Board member of the St. Louis Regional Chamber, Board Chair of the National Asian Pacific Center for Aging in Seattle, and is a gubernatorial appointee to the MO Commission on Human Rights. She is a 1985-86 graduate of the Leadership STL Program. In June 2015, Crosslin was recognized as a White House Champion of Change for World Refugee Day.

To learn more about the International Institute of St. Louis visit their website here.