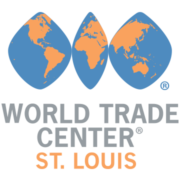 What is an FTZ?

A Foreign Trade Zone (FTZ) is a designated location in the United States where companies can use special procedures to help encourage U.S. activity and value add – in competition with foreign alternatives – by allowing a delay or reduction in duty payments on foreign merchandise, as well as other savings.

Looking Ahead and Taking Action

Regional economic planners are taking action to ensure St. Louis continues its history of trade development, immigration attraction and innovation advancement. To do so, one of the World Trade Center St. Louis’ metro initiatives is managing a Foreign Trade Zone. The intention of Foreign Trade Zones is to increase United States participation in international trade and allow admission of foreign products without paying Customs duties.

Take every advantage as you capitalize on new and exciting markets worldwide. Importers and exporters alike are utilizing Foreign Trade Zones – areas treated as though they are outside U.S. Customs territory. This federally designed tool helps local companies be more competitive both domestically and abroad.

In addition, both the World Trade Center St. Louis and St. Louis County Port Authority have received approval to designate all of St. Louis County and St. Louis City as eligible Foreign Trade Zones. This approval allows a company to receive the FTZ designation at its place of business even if it is not within the established boundary of FTZ #102.