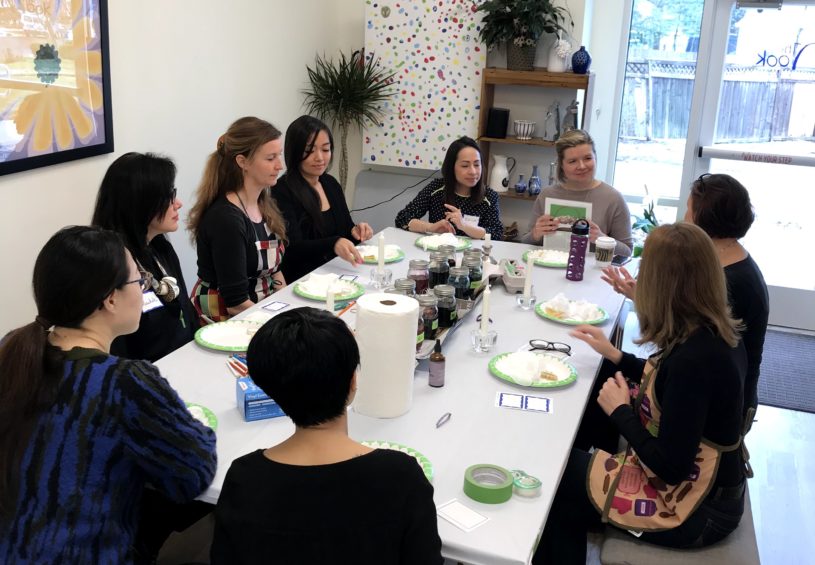 The award-winning STL International Spouse Meet-up group was recently highlighted in Saint Louis Magazine. Susan Gobbo, a co-founder, aimed to change the narrative of the experience of spouses of expats working in St. Louis. This inclusive group regularly meets to talk about their positive experiences and challenges while living in a foreign country, particularly St. Louis. Due to the profound success of the group, the women and their spouses meet regularly and have formed close connections here in the region. Read below for a short excerpt from the piece:

“It’s International Women’s Day, and one by one, women from Germany, Switzerland, Brazil, Mexico, Italy, and Iran climb the stairs to the top floor of Russell’s on Macklind. They’re part of the St. Louis International Spouses Meetup Group, and they’re celebrating with relief at having found one another.

Six weeks I am here,” announces Kerstin Kloppenburg. “We are from Bayer,” Monsanto’s new owner. “I like it, yes, but I am a little overwhelmed with all the school things—every day my twins come back with papers and papers and papers. So many activities!

The others nod, smile sympathetically. As they order lunch, they chat about how different St. Louis is from the city they Googled, supposedly rife with crime and danger. Neda Mashayekhi, who’s studying graphic design, raves about the culture, the arts, and this group itself: “I was feeling so separated from society. Now I feel like I’m part of something like a family, a big one.

The group was founded three years ago by Susan Gobbo, a Brazilian physical therapist who gave up her career “for love,” and her friend Danielle do Olival, also from Brazil. Gobbo threw herself into volunteer work and study and, for one of her classes, wrote a paper on “trailing spouses” and how lonely culture shock can be. It wasn’t just her—and it mattered. One report notes that 65 percent of failing expat assignments were the result of the spouse or partner’s dissatisfaction with the new location.

The St. Louis Mosaic Project, which works to bring talented immigrants to St. Louis, agreed to sponsor the Meetup group, which has since grown to 303 members from 55 countries, the women (trailing husbands may be included in the future) all highly educated and speaking two to five languages. And in November 2017, Annie Schlafly started a mentoring program that dovetails nicely, pairing women with volunteer mentors.” 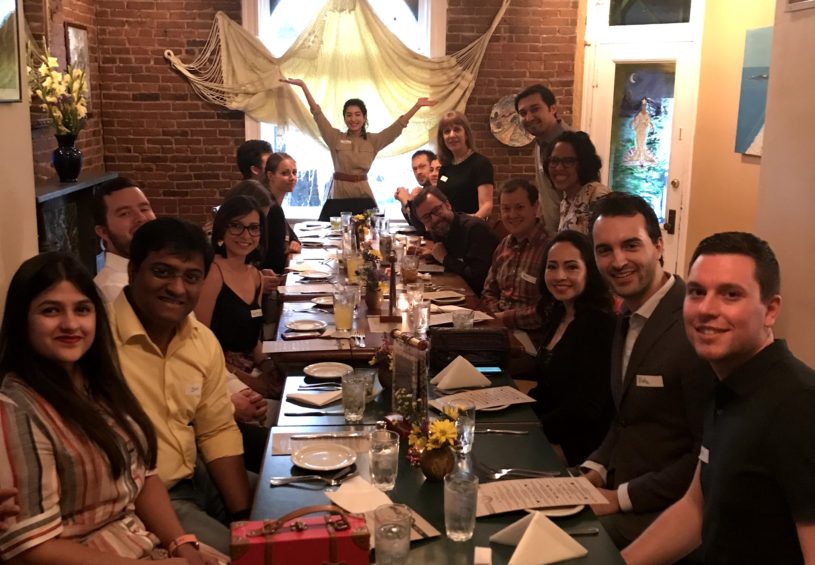