Following a unanimous vote of the board, it was announced today Rodney Crim has been named CEO & President of the St. Louis Economic Development Partnership. Crim had been serving as interim CEO & President since the leadership transition in January, 2019.

“We’re thrilled that Rodney Crim officially will be taking the helm of the St. Louis Economic Development Partnership,” said Karlos Ramirez, Chairman, Partnership Board.  “In the 11 months that Rodney has led this organization in an interim capacity, he’s demonstrated he has the skill and experience to lead the Partnership.  At every level of the organization, he has implemented real steps to increase transparency, provide stability, improve fiscal management, and build morale for everyone at the Partnership who is working so hard on behalf of our region.”

Crim has significant experience in economic development, as well as business and accounting.  Prior to taking on the Partnership’s interim CEO & President position in January, Crim was the President of the organization, a position he has held since 2013.  He served as Executive Director of the St. Louis Development Corporation from 2002 to 2013.

As interim CEO & President, Crim has begun a Strategic Plan process that includes critical and necessary changes, particularly in the area of fiscal management and transparency.  Completed tasks include mandatory procurement training, improvement of the grant management process, strengthening of expenditure controls and approvals, and improved budget training across the organization.

Additionally, as interim CEO and President, Crim has worked with regional partners resulting in key wins, including Bayer Crop Science, Benson Hill, Bunge Corporation, Evolution St. Louis, Pfizer, Square among others.  Crim has bolstered contact with key area economic development organizations, as well as city and county groups.  He has helped establish an effective meeting and update process with the Mayor’s office, County Executive’s office, County Council and Board of Alderman.

“Rodney’s economic development expertise and professionalism have been, and will continue to be, a great asset to the Partnership,” said St. Louis Mayor Lyda Krewson.  “In his 17 years of experience in economic development in St. Louis, he has been a tireless champion of the region.  His collaborative, team approach and his commitment to operating in an ethical and transparent manner can give us confidence that the ship is being steered in the right direction.”

Crim is credentialed as a Certified Public Accountant, a Certified Economic Developer, and a Certified Economic Development Finance Professional. He has completed Harvard University’s Executives in State and Local Government program. In addition to working in economic development in St. Louis, his career path has included positions with Pillsbury, the Musicland Group, Ameriprise, Microtron and Shorebank.  Crim received a BS in accounting from the University of Minnesota, Carlson School of Business, and an MBA from the University of St. Thomas, in St. Paul, Minn.

“I’m looking forward to working with Rodney Crim in a permanent capacity,” said Dr. Sam Page, St. Louis County Executive.  “He’s begun implementing some critical culture changes at the Partnership, and he will continue to do so.  His ability to collaborate with those within the organization, as well as external partners, is critical to the growth of our region.  There’s so much that can be accomplished when key stakeholders can work together and find shared goals, and Rodney has shown he is very effective.”

“Our organization is a tangible example of how our region is able to work together effectively. I appreciate the confidence of the Partnership board, Mayor Krewson, County Executive Page, the County Council and the Board of Aldermen.  We are at a critical time as a region, and I look forward to this opportunity to lead our organization as we work collaboratively with other partners to attract, build and retain economic development opportunities for our community.  We must work together to succeed,” Crim said.

In addition to his work with the Partnership, Crim currently serves as a board member on the International Economic Development Council (IEDC). He previously chaired the organization’s diversity and inclusion committee, which led to increased diversity on the IEDC board.  Crim also is an active member of the IEDC’s Economic Development Research Partners, a “think tank” within the organization that studies trends and innovative approaches in economic development. 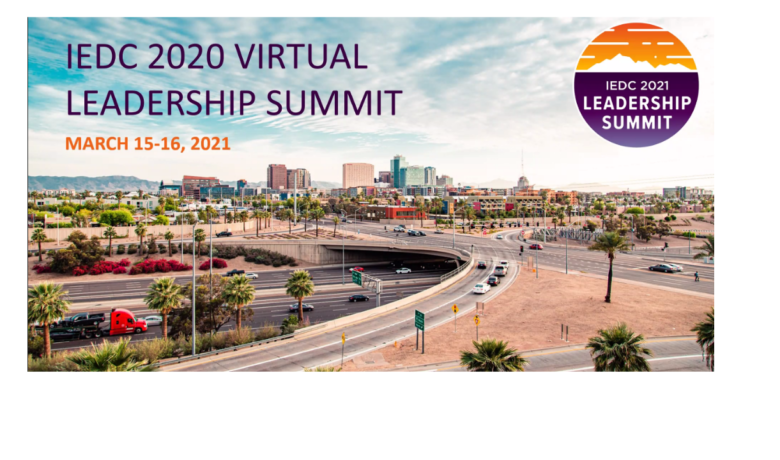