St. Louis' economy is directly affected by the arts the city has to offer.

The nonprofit arts and culture sector are a $590.9 million industry in the Greater St. Louis Area – one that supports 19,129 *full-time equivalent jobs and generates $57.7 million in local and state government revenue.

Nonprofit arts and cultural organizations are businesses in their own right. They spent $363.7 million during fiscal year 2015 to employ people locally, purchase goods and services from local establishments, and attract tourists. They also leveraged a remarkable $227.2 million in additional spending by cultural audiences – spending that pumps vital revenue into restaurants, hotels, retail stores, parking garages, and other local businesses.

Many people believe the arts are important to a vibrant and creative community, but the industry is often marginalized related to its economic contributions. In total, the arts attracted more people and more money than St. Louis professional sports teams combined. This study shows conclusively that the arts mean business in the Greater St. Louis Area! 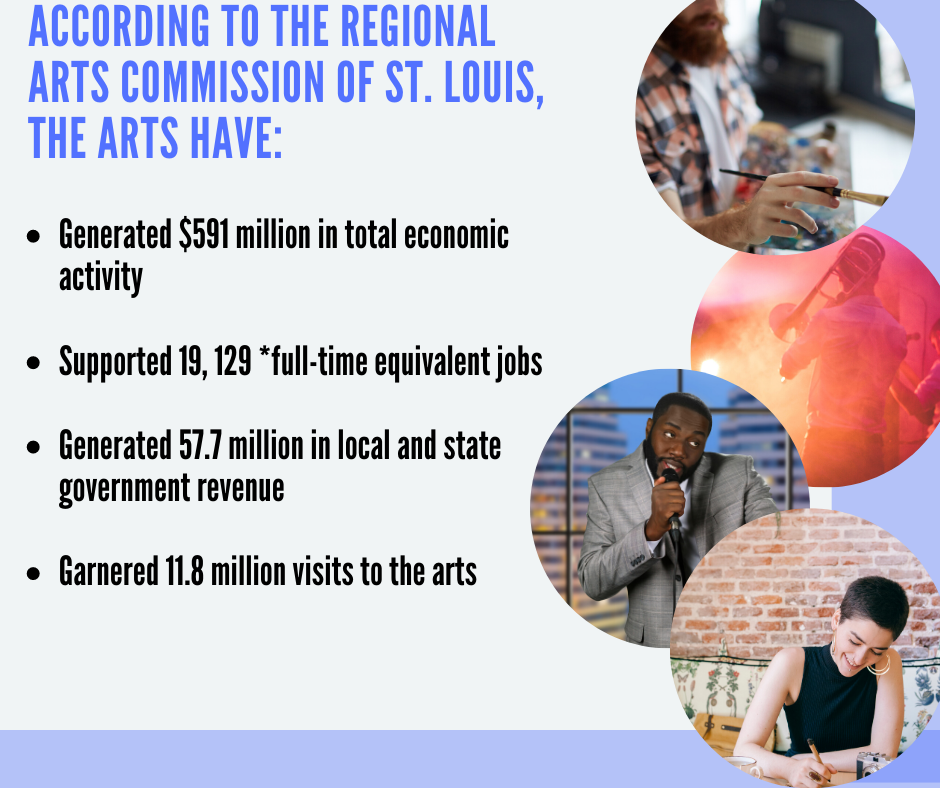 * The Arts and Economic Prosperity 5 study was conducted by the Regional Arts Commission of St. Louis (RAC) in partnership with Americans for the Arts the nation’s leading nonprofit organization for advancing the arts in America. The results are based on data collected from 163 nonprofit arts and culture organizations and also from surveying audience members at cultural events during the fiscal year of 2015.

Spotlight on the Kranzberg Arts Foundation

St. Louis is quickly becoming home to more and more artists and creative professionals. Because of this, The Kranzberg Arts Foundation is both creating and supporting the lucrative St. Louis art scene. The Foundation recently restructured a previously vacant building in Midtown into a focal point for St. Louis’ literary art scene: The High Low. The two-story space houses dedicated space for local writers, a library, a 200-seat performance space to host author readings and other literary events, and a gallery featuring rotating exhibits. In development is a writers-in-residence program.

“People from outside the area are often surprised when they learn how lively the literary community in St. Louis actually is, but I think part of that may be that we aren’t currently home to one large hub that draws national attention,” says Shanie Latham, managing editor of River Styx, St. Louis’ oldest literary magazine, which is also moving its own offices to the space. “There are a lot of ways that the space will help us. Just having organic opportunities to chat with other organizations and see what they are doing and if you have projects in common.” 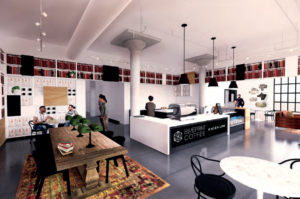 UrbArts founder MK Stallings is excited to see how various literary artists will affect each other.

“Creating a brick and mortar and taking these disparate efforts and putting them under the same roof creates energy and opportunity,” Stalling said. “Having this space makes it easier for groups to foster opportunities for collaboration. You create a way of taking these lofty, helium-filled dreams and you tie them down, and you make it as real and as concrete as possible. I think that’s what the Kranzberg Arts Foundation is facilitating: They’re making it possible for the literary arts to be found.”

The sophomore class of the Kranzberg Arts Foundation’s Music Artists in Residence program each create and perform their own genre of jazz music. This program is part of Kranzberg Arts Foundation’s commitment of serving and supporting the arts as they will be providing the 10 St. Louis musicians performance opportunities, access to recording sessions, rehearsal space, marketing support and industry connections. In the next 18 months, you can catch 10 musicians’ performances at local venues as well as The Dark Room. You’ll also be able to hear them on a compilation album that is due to be released next year.

Brianna “Be.Be” Brown, a current resident in the program, said she feels artistically free while part of the program. “They really focus on me and my music,” Brown said.

The Music Artist in Residence program is in partnership with Clayton Studios. 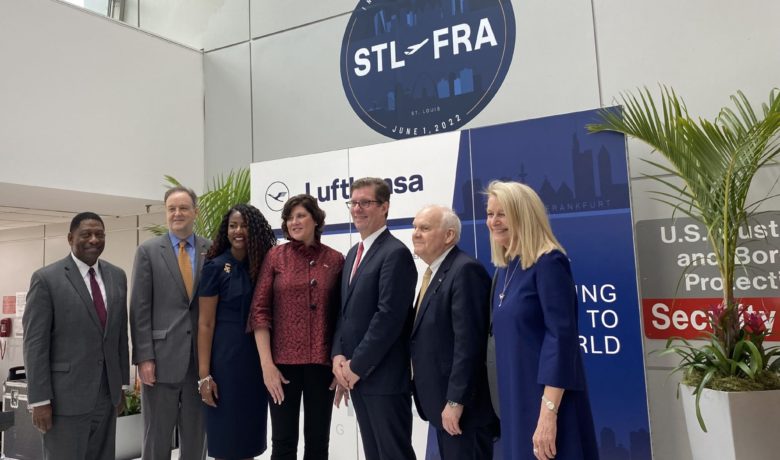