The Grant Was Approved by the St. Louis County Port Authority

The St. Louis County Port Authority has approved a $50,000 grant for the Heartland St. Louis Black Chamber of Commerce to expand the Chamber’s efforts.

Since its inception in 2016, the goal of the Heartland St. Louis Black Chamber of Commerce is to help locally owned African-American businesses thrive.  The grant from the Port Authority will allow the Chamber to, among other things, expand marketing and programming.

“On behalf of the 200 members in our Chamber, we thank the Port Authority for recognizing the value of our organization,” Heartland Chamber President Marvin Steele said.  “This money will help continue our efforts to promote and advocate on behalf of African-American owned businesses.”

According to the 2012 U.S. Census Bureau’s Survey of Business Owners, African-Americans owned over 13,000 firms in St. Louis County and close to 10,000 in the City of St. Louis.  Receipts from those businesses totaled over $1.5 billion.  Census data from 2017 is projected to show higher numbers.

“The Heartland Chamber plays an important role in our local economy,” St. Louis Economic Development Partnership CEO Sheila Sweeney said.  “Having an organization dedicated to not only outreach but also increasing the number of minority-owned businesses benefits our entire region.” 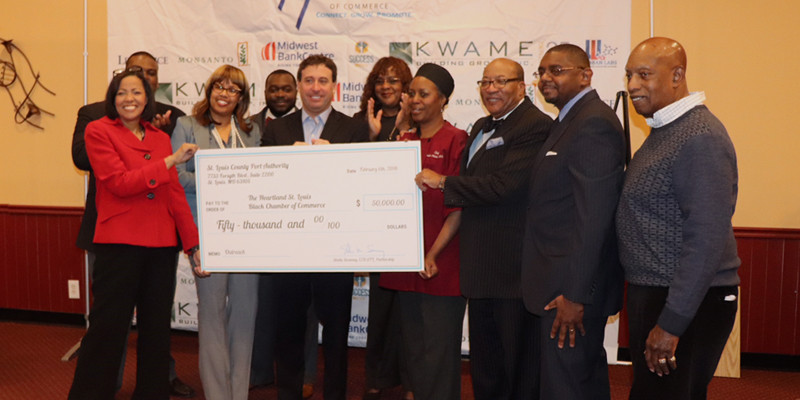