“St. Louis has a long history in the fashion industry and deep roots in manufacturing."

Evolution St. Louis recently announced it will receive an investment from the St. Louis Manufacturing Opportunity Zone Fund. Evolution St. Louis is a premier high-tech knitting facility at 3830 Washington Blvd and is known as the largest of its kind in the United States. The $5 million initial project has involved a broad range of partnerships and collaborations with companies and organizations.

“St. Louis has a long history in the fashion industry and deep roots in manufacturing. We have received incredible enthusiasm and support for our high-tech manufacturing facility from the Saint Louis Fashion Fund, The St. Louis Local Development Company, the St. Louis Development Corporation and the STL Partnership, as well as local and state elected officials, business leaders and beyond. We’re also generating interest at C-levels in the industry, including Fortune 500 companies who see what’s evolving in St. Louis as a story that has national, if not international, significance,” said Jon Lewis, Executive Manager for Evolution St. Louis. 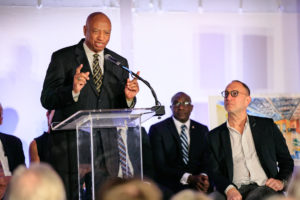 Evolution St. Louis will work with major brands, boutique designers and emerging, direct-to-consumer fashion entrepreneurs to help them move some of the production of their products back to the United States, and work with emerging brands and designers that often have difficulty sourcing overseas because they don’t have the ability to scale.

“Evolution St. Louis is creating the supply chain of the future, building a high-tech flatbed knitting sector and rebuilding the infrastructure needed to support a range of industries including apparel and footwear, automotive, smart textiles, health and wellness and beyond. We’ve already engaged in outreach and serious discussions with many prominent brands across a broad spectrum of industries. We continue to encourage designers, brands and retailers to reach out to learn how Evolution St. Louis’ cutting-edge technology can meet their needs in new and innovative ways and create products that are made in the USA.” said John Elmuccio, Executive Manager at Evolution St. Louis. 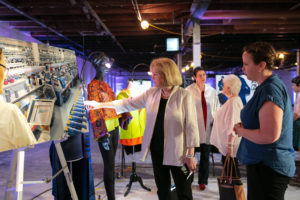 Last week it was also announced that Bruce Goldman was hired as Evolution’s first Director of Operations. Goldman began his career at his father’s knitting mill, teaching himself how to operate electronic knitting machines and later traveling to Germany to be trained to use STOLL’s high-tech flatbed knitting machines.

“I am proud to be part of what is clearly the most high tech and innovative knitting facility in the United States and possibly the world. As director of operations, I will be overseeing everything from the yarn shipped to the factory to the completed products going out to customers,” said Bruce.

John Elmuccio has major plans for Evolution St. Louis in the future. “We have the most advanced knitting technology and software in the United States, and we look forward to working across a range of industry sectors – from apparel and footwear to automotive, high-performance and medical technology. Evolution St. Louis is going to reinvent, recreate and reignite the knit sector,” said John. 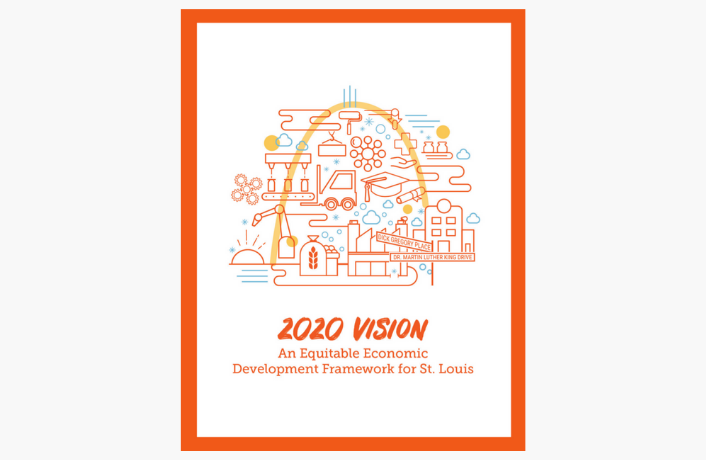