Members of the Rosario Board of Trade visited St. Louis as guests of the World Trade Center St. Louis, where they learned about the St. Louis region's burgeoning AgTech ecosystem.

When members of the Board of Trade in Argentina’s port city of Rosaria decided to visit a city that’s a role model for agricultural technology, they knew just where to go.

Back in November 2017, the Rosario nonprofit business organization had played host to a delegation led by the World Trade Center St. Louis. The two cities signed a sister-city agreement during that trade mission, and the Rosario team members were impressed by what they learned about St. Louis’ burgeoning ag tech ecosystem.

Fast-forward to last week, when a four-member delegation from Rosario traveled to St. Louis to see it for themselves as guests of the World Trade Center St. Louis.

“We found a very, very robust ecosystem for startups,” said Ingrid Clausen, a member of the delegation. “We found all institutions we met were really aligned around the same objective.

“We’re trying to help the ag-tech ecosystem to be developed in our city. It has a lot of potential, just like St. Louis did a while ago.”

Clausen noted that at least 70 percent of the grain exported from Argentina comes through the harbor of Rosario. “So there’s big potential” for collaboration with St. Louis, she said.

Among the sites the Argentinian delegation visited were the Danforth Plant Science Center, Washington University, BioSTL, Cortex and, of course, the World Trade Center St. Louis. Rodney Crim, interim chief executive of the St. Louis Economic Development Partnership, praised the developing relationship between the two regions, which he traced to the 2017 trip.

“That’s how these trips work: Go, learn a lot, and then connections start happening. And then subsequent trips happen – like, you’re here. Bienvenido,” Crim said, welcoming the delegation to the World Trade Center. “We are excited about all these opportunities that are happening under our St. Louis Economic Development Partnership umbrella.” 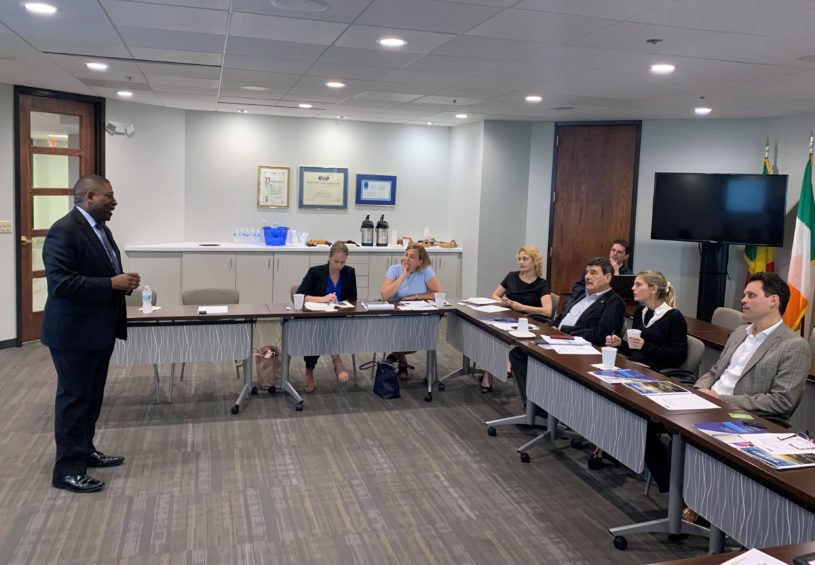 The 2017 visit was far more than symbolic: The Yield Lab, a Creve Coeur-based agribusiness accelerator, announced during the trip that is was opening The Yield Lab Latin America, based in Argentina. Yield Lab Latin America Managing Director Tomas Pena strongly encouraged Rosario’s Board of Trade to send a delegation to St. Louis, and Pena asked The World Trade Center St. Louis to host the May visit.

Tim Nowak, executive director of the World Trade Center St. Louis, said such developments are only initial steps in what he expects will be strong trade bonds between the regions. “The reciprocal visit from the Rosario Board of Trade leadership is an opportunity to build on this relationship and further connect our two cities with an eye toward increased inbound investment and playing an active role in international networks that foster innovation,” he said. 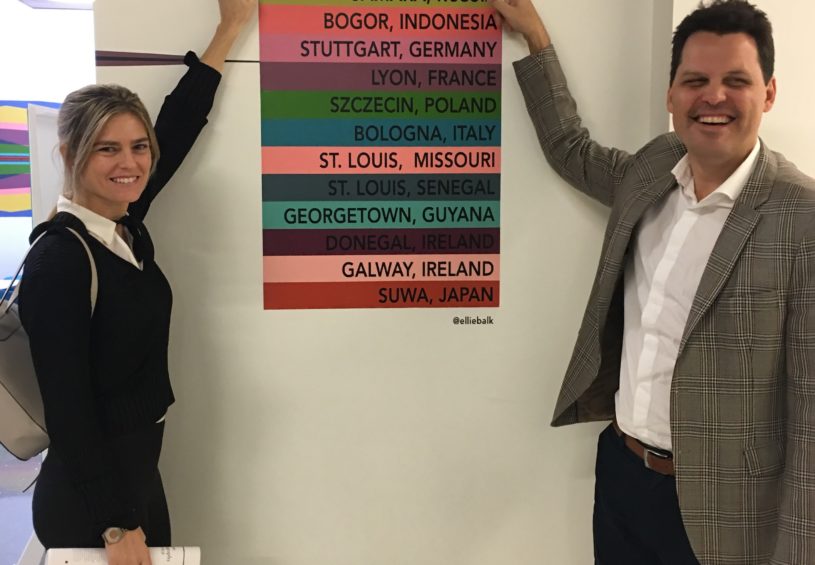 Ingrid Clausen and Mariano Grassi of the Rosario Board of Trade mark their city on a list of St. Louis’ sister cities.

Clausen said her delegation was most impressed with the way that large, established firms like Bayer collaborate with startups, many of which work in spaces supported by the Partnership.

“Big, established companies helping startups is something Argentina has not developed,” she said.

Clausen said the delegation hopes to come up with concrete collaboration with ag tech businesses in the St. Louis region – a desire she said was reflected by St. Louis business leaders.

“We see there’s a potential for really doing things together. The people that we met, most we had met in Argentina (in 2017). They know what we’re talking about. It wasn’t like a first-time meeting where you have to tell everything.

“We shared the vision with all of the people that we met that there is big potential from startups from Argentina and from the United States… We are ready to start working.” 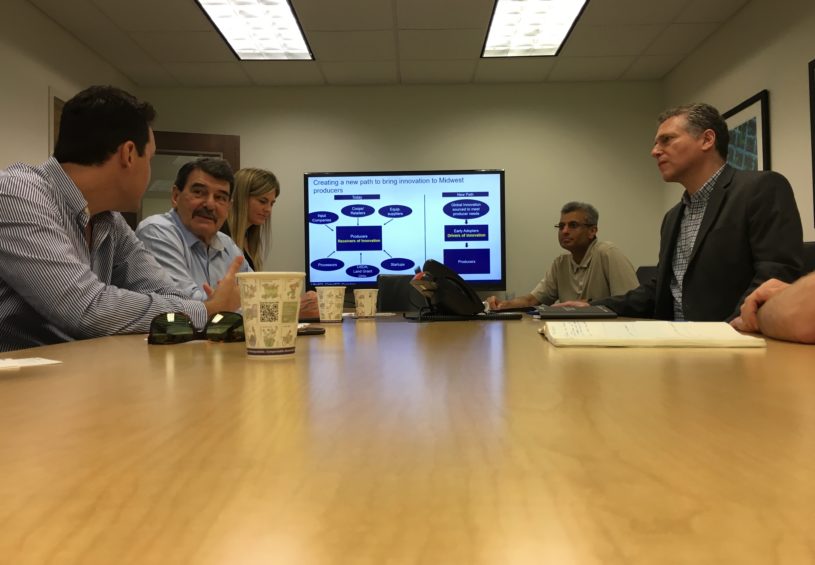 Members of a delegation from Rosario, Argentina meet with BioSTL during a visit hosted by the World Trade Center St. Louis